It is fortunately no longer needful to defend the Direct Method of teaching languages: no one whose opinion is based on knowledge now attacks it, so long as the languages to be taught are modern. But there was a time, not so long ago, when the method was derided as foolish or slovenly by those who had not tried it; and this is the case now with the Direct Method of teaching Latin and Greek. Those who had tried it, far as my knowledge goes, are quite as ease in their minds: they have found not only that it is quicker and more attractive, but that it does really what the exercise-book method pretends to do, that is, it holds the attention in detail, the mental faculties, and enables the scholars to understand and to appreciate the best qualities in the best literature.


Of course, the Direct Method is not all talking; the system includes reading, writing, and even the conscious learning of grammar; although in different order and different proportion to that of the exercise books. But speech does take in it the first place; and one application of speech is seen in this little plays. By applying it to a story, we can bring into use groups of ideas which cannot come into the boy’s ordinary life. But the effect on him is just as vivid: in youth, especially, make-believe is as real as what we call real. For the time being the actor is Theseus or Ulysses, Thersites, or a fox, and the imagination, which as things are hardly survives the nursery, can easily be kept alive until the pupil grows up. Perhaps it is more than a scholastic convenience; may it not be that pupils thus trained will keep in the sordid struggles of life something of the child’s simplicity and light-heartedness?


However that may be—and I am quite serious in believing that this spirit is worth much wealth—there is no doubt as to the scholastic convenience. Those who have only three or four hours a week, as is often found in girls’ schools, may be reluctant to spare part for what seems to be a frivolous amusement. They need fear nothing: experience will show that Latin plays amply repay for the time spent on them, in greater readiness, clearer speech, wider range of words and constructions, not to mention the pupils’ enjoyment without which nothing is worth learning. The gusto of acting gives all the stimulus that is needed to make learning no drudgery. What we know of Latin is what we have in our memory and ready for instant use, not what we can puzzle out with a grammar and dictionary; the physical reaction help us to learn, to remember, and to use. Thus to learn the actor’s part may take the place of “rep” in the early stages, and may prepare the memory for the more difficult task of learning poetry by heart in the later stages.


These plays may be read, or they may be learnt for acting, or both, and tey help to supply reading material for a stage where Latin authors are of little use. The principle once learnt, any teacher may make his own plays: and this is the best thing educationally. He may read or tell a story from Roman history or legend, and call upon certain persons to take its parts: then and there he and his class together may make up the parts, which may be improved or added to in the study.  In the end he will have a home-made play, which will need no learning, for it will have been evolved from his class; and with care and judgement he may teach a great deal in this way. Thus also we get from the beginning that which is the supreme end of language-teaching, an opportunity for self-expression.


Meanwhile words, syntax, and accidence are absorbed unconsciously; and after a little systematic arrangement, the master may, if he pleases, set a grammar paper without doing any harm. 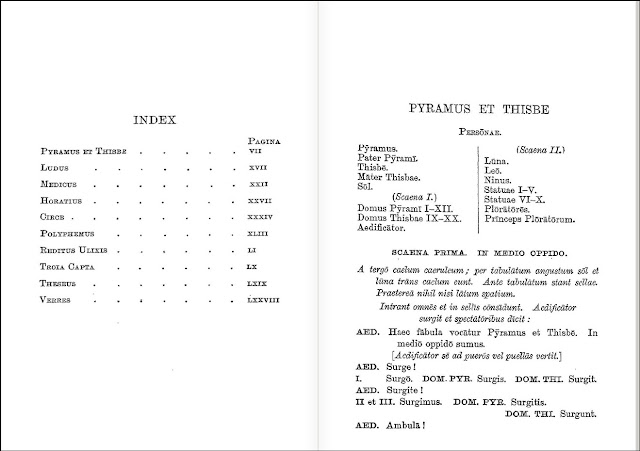 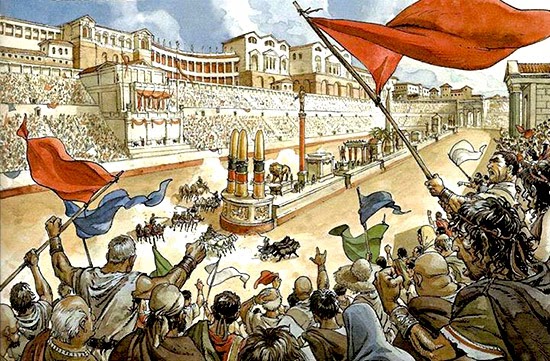